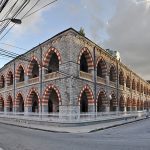 Construction of Police Headquarters in Port of Spain began in 1876. It was built in Italian-Gothic style using limestone from the Piccadilly Quarries. The building presents an imposing appearance with its massive clock tower and large arched galleries on two levels.

The building originally housed the head of the force as well as the quarters for non-commissioned officers. It was also the headquarters for the Volunteer Fire Brigade and Volunteer Corp. In 1882 the building was gutted by fire. By 1884 it was restored with iron staircases, concrete floors and a fire-resistant roof. It was again gutted by fire in the attempted coup of 1990 after a bomb was painted by insurrectionists. Restoration work was completed in 2001.

The building now houses offices for Senior Police Officers and the Headquarters for the Port of Spain’s Central Police Station and C.I.D and the Museum of the Trinidad and Tobago Police Service. 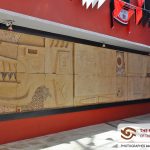 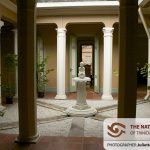