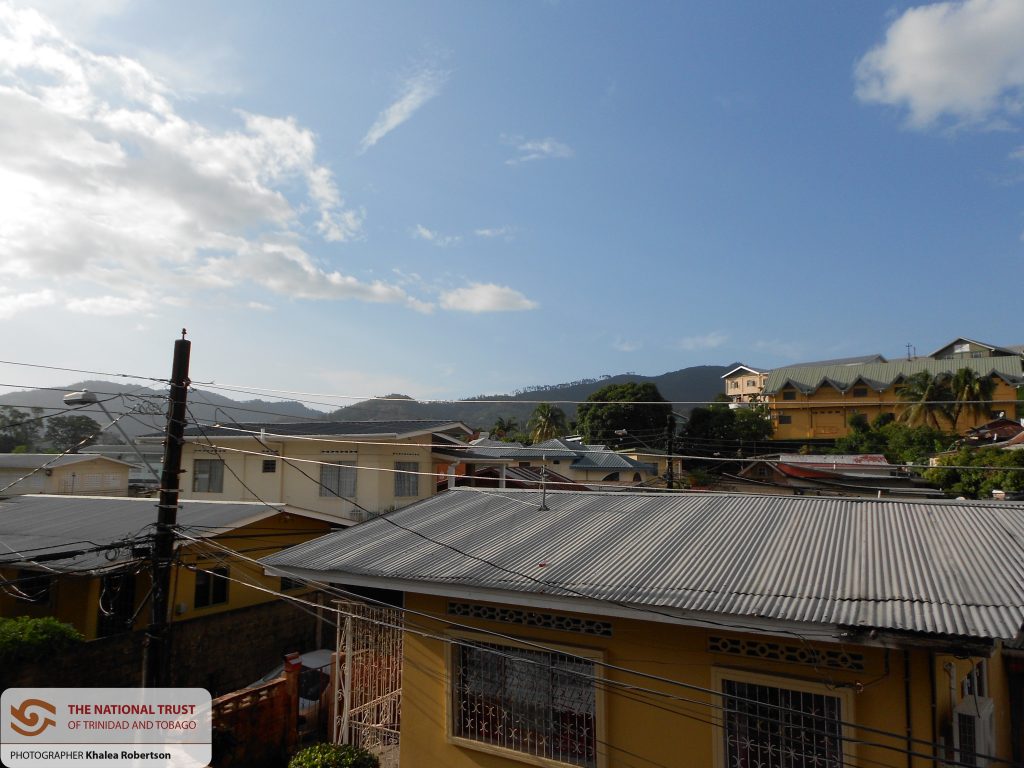 Belmont from my back step

I have lived in Belmont my entire (short) life and before having interned at the National Trust, the most I could have told you about my beloved community was that:

Let’s see what I have learned. 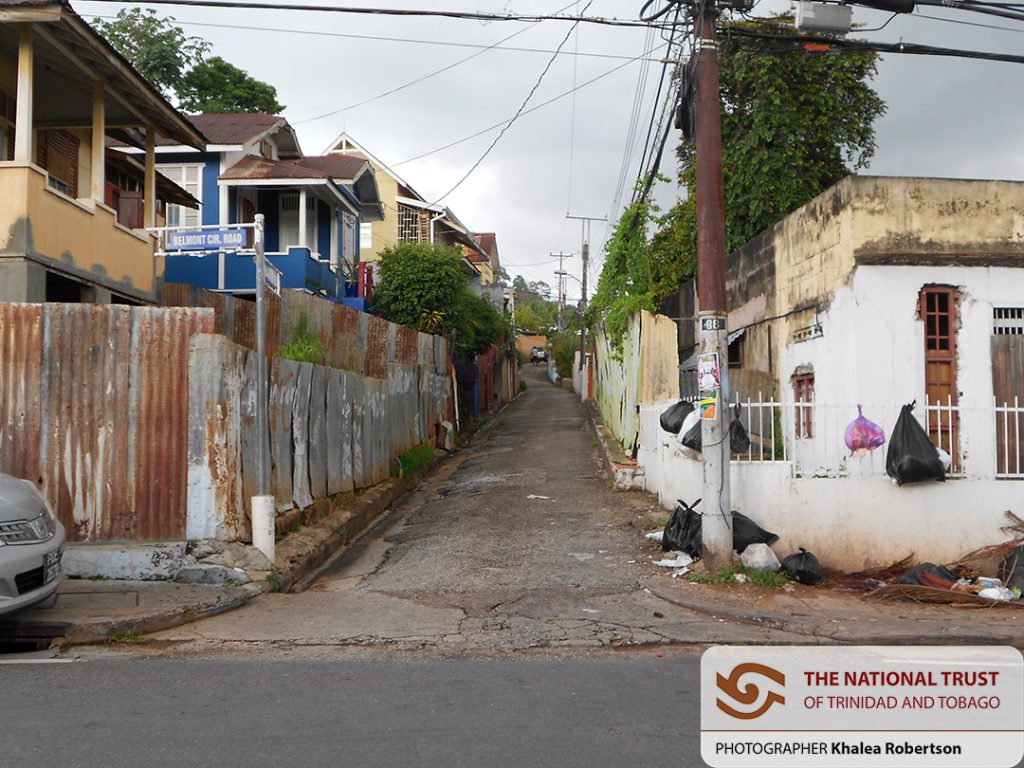 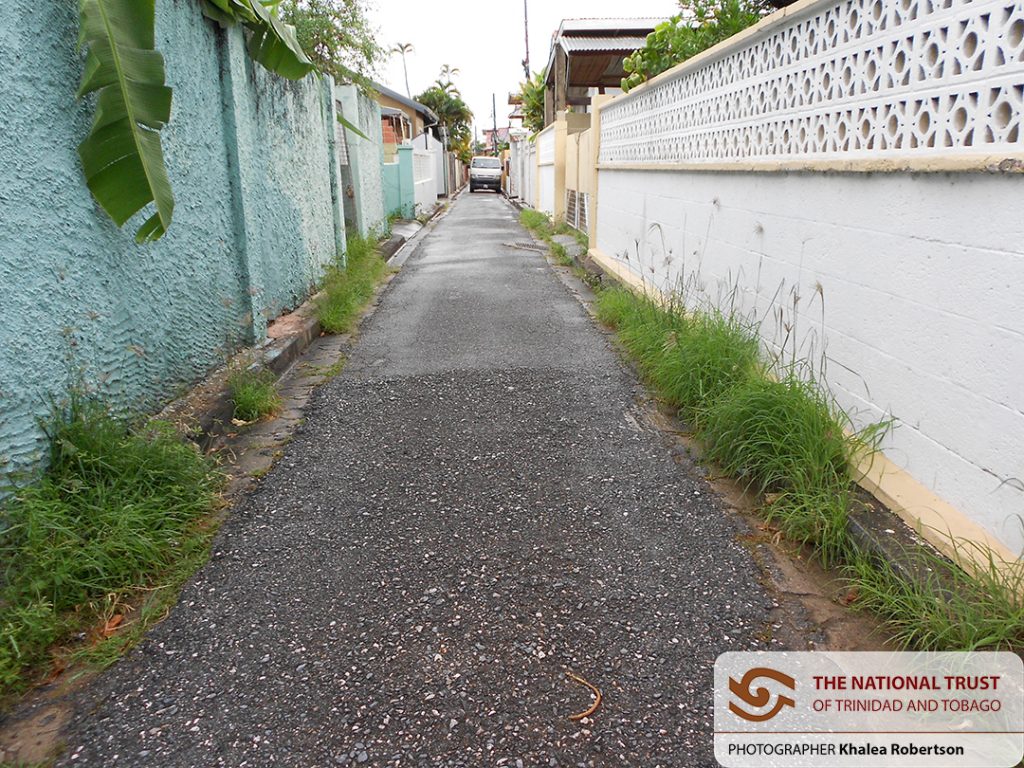 The notoriously narrow streets of Belmont are a reminder of the ad-hoc nature of the community’s birth and early formative years. Among the first residents of this area were Africans of various tribes whose journey to enslavement was intercepted by the British Royal Navy whose mandate was to halt the now illicit slave trade after its abolition in 1807. Some of the still free Africans taken from these traders were relocated to the northern part of Belmont where they were granted land on which to reside. The settlement they established came to be known as ‘Freetown’. A tangible remnant of one group of these free Africans can be found on the Belmont Valley Road in the Rada compound, a religious complex built in honour of Dahomean deities.

Later, slaves recently emancipated from the nearby coffee and sugar estates and looking for a place to live also made Belmont their home, erecting simple lodging for themselves and their families.

The community continued to develop into the late 19th century when waves of West Indian immigrants, mostly from Barbados, came to settle in the area. It was from this point forward that it could be considered as the city’s first suburb as some effort was made to widen and straighten the lanes as much as possible, and charming wooden gingerbread houses began to replace the rickety shacks of its original residents. 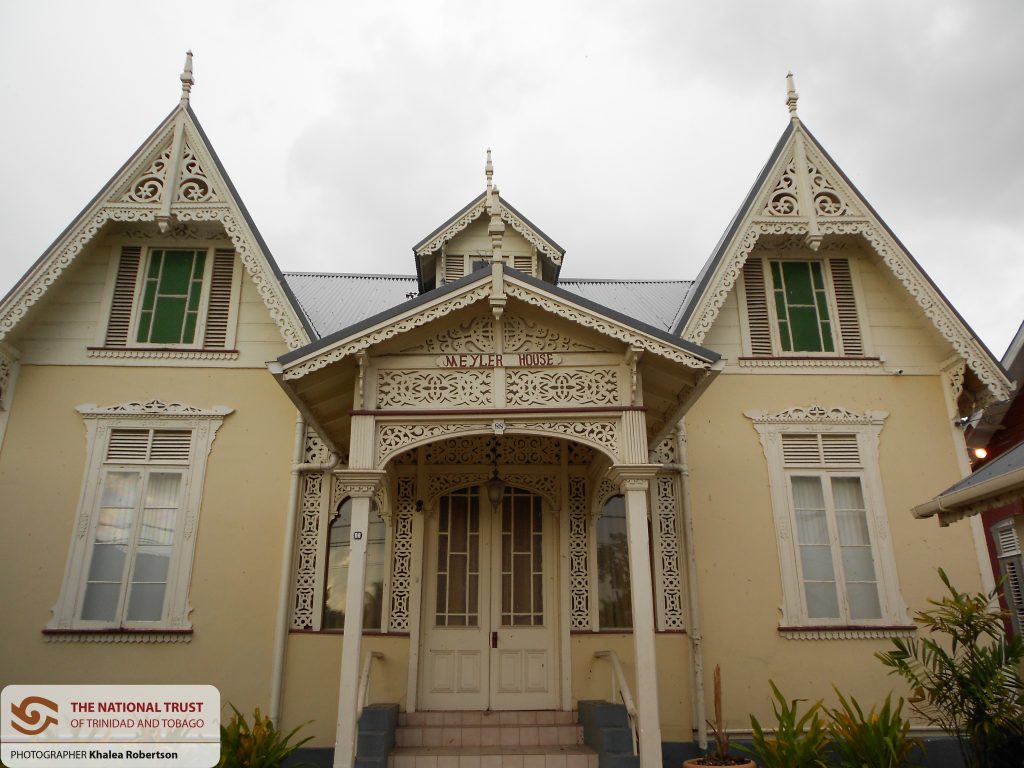 Meyler House on Belmont Circular Road with its elaborate fretwork

Though I am almost certain that a few of these lovely houses have also eventually been replaced (due to home owners’ proclivity for concrete), some of the edifices that have managed to survive destruction in the name of modernity are those constructed by the Church. A wonderful example stands on the Belmont Circular Road in the form of the Roman Catholic Church of St Francis of Assissi. It opened its doors on the 25th May, 1902 thanks to the innovative thinking and ambition of Father Sunderland who raised funds through a series of bazaars beginning in August of 1899. At the one in September of 1900, Father Sunderland was able to auction off two cameos set in gold which were gifted by His Holiness Pope Leo XII. 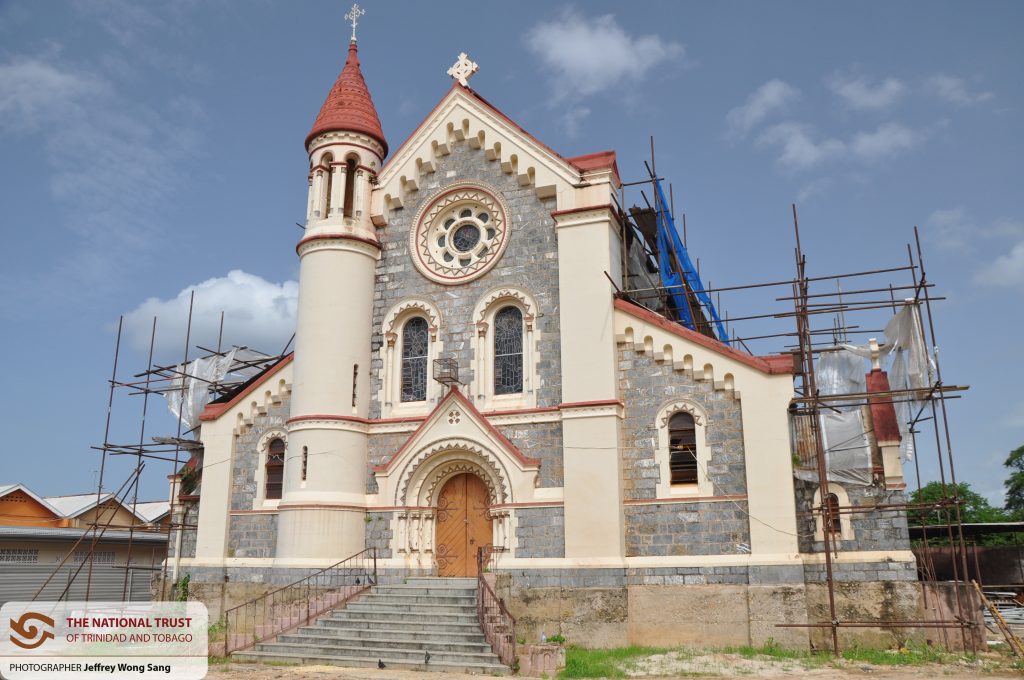 The oldest however is the St. Margaret of Antioch Anglican Church on the Circular, a beautiful brick building which was completed in December of 1891. 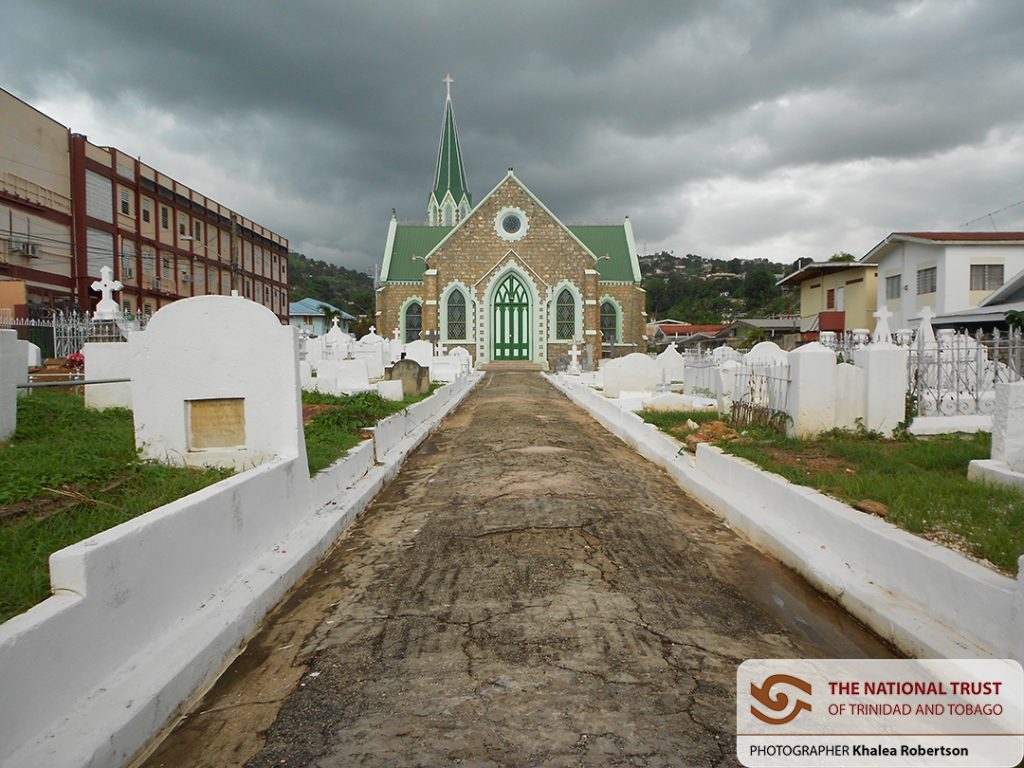 Two of its stained glass windows, installed in the 1980s, illustrate our multi-ethnic society with children of various colours singing hymns, Yoruba drummers and an Indian woman picking a hibiscus flowers. 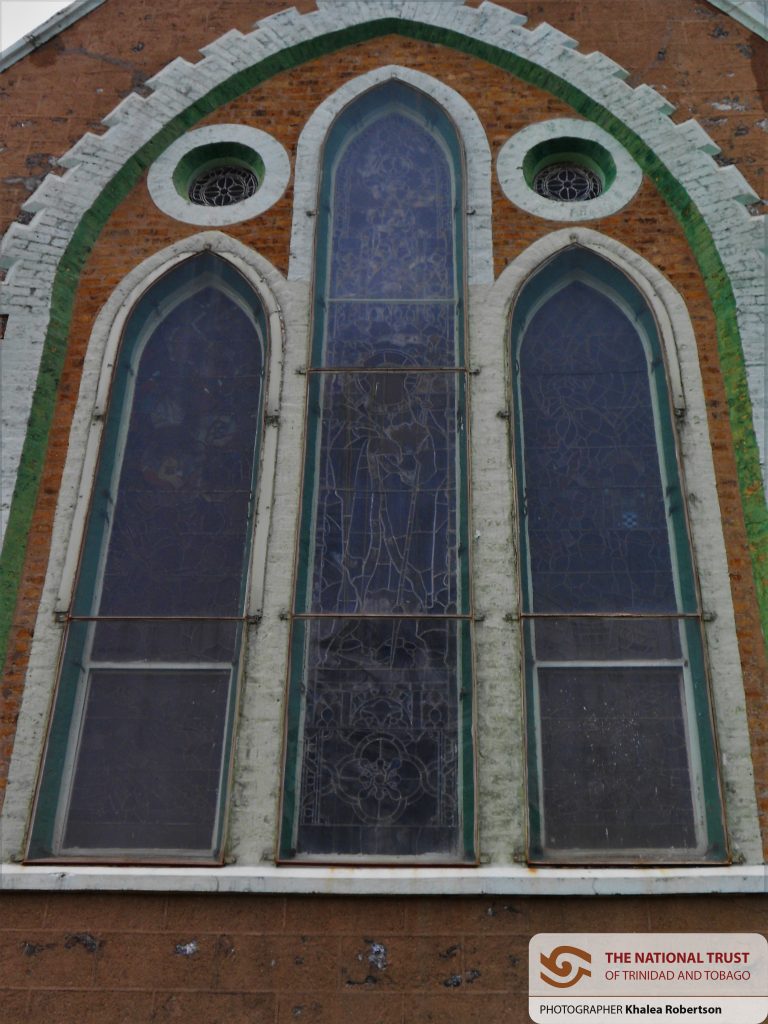 As depicted on the church’s windows, Belmont welcomed the injection of various races and ethnicities. We can suppose that this intermingling of people fostered the spectacular sense of culture that matured in the community, nurtured by residents of all backgrounds. Belmont was the stomping grounds of pioneering mas makers such as Ken Morris and Wayne Berkeley; the birthplace of calypso legends Winston “The Mighty Shadow” Bailey OBE and Mr David Michael Rudder; and was the chosen spot for the establishment of the famed Trinidad and Tobago Theatre Workshop which fostered icons of the arts such as playwrights Derek and Roderick Walcott, dancer Beryl McBurnie and actor Errol Jones. 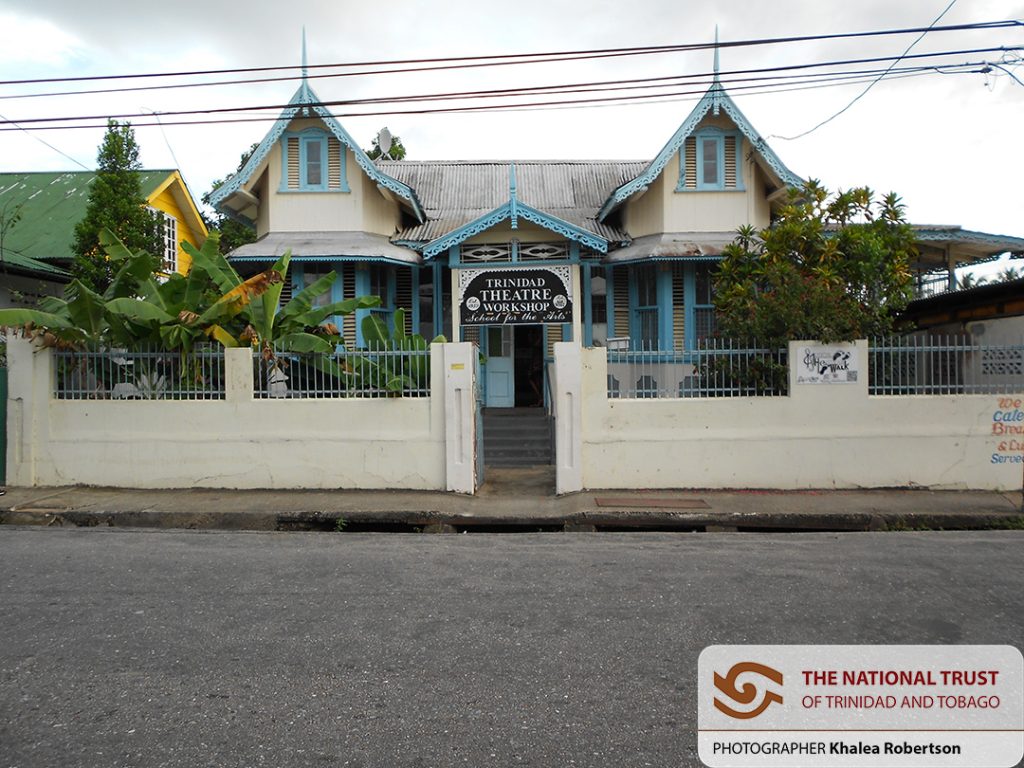 Whew! I am going to stop there for now but this is just a touch of what Belmont, my incubator, has produced. It is truly stunning how much history is stowed away in the nooks and crannies that I have been passing by all my life without a clue. Belmont folk are rightfully a proud people and it is important that we carry forward these traditions by passing on the knowledge and skills that have flourished right in our own home. 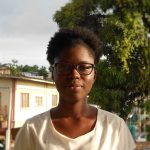 Khalea Robertson is an Intern at the National Trust July-August 2016. She enjoys looking up on quiet walks in noisy places. When alone, she has a particular fondness for discovering music and the sound of her own thoughts, though the content may be questionable.