Women in the Black Power Movement.

The Black Power Movement in Trinidad and Tobago came to a head in February 1970 with the involvement of various organizations, activists groups and a march led by students that advocated for the rights of black people. The movement came as a result of the rise of African consciousness, institutional racism, low unemployment, alienation of the worker class (specifically the black working class), lack of confidence in the government of the day, and a host of other international events which spilled into the country’s climate.

The jargon surrounding the movement focused exclusively on the Black Man and the lack of power realised at this time was related to the denial of manhood for the Black Man, inevitably tying masculinity to power. Black Power advocates, therefore, failed to see how the construct of power and masculinity in itself oppressed women. The involvement of women in the movement is rarely mentioned though their participation was an active one. The Black Power Movement in Trinidad highlighted the features of oppression for blacks. However, during this time, the movement instigated the questioning of black women’s own experience of oppression and this lead many to challenge the hegemonic structures that existed.

Despite the issues black women faced dealing with male hegemony, their participation in the evolution of the movement is incalculable. Women contributed to and were called to join the movement through pamphlets distributed by the Black Power groups at the time,

“Women fight like the brothers, stand side by side with our brothers” – East Dry River Speaks: The Voice of the Hills (Issue No.5) (No date).

Younger women, including Ayesha Mutope Johnson and Josanne Leonard played a leading role in the secondary school movement, National Organization of Revolutionary Students, which led street demonstrations. Women continuously spoke to poorer communities where pamphlets would be distributed and discussions would be held to debate the meaning of Black Power and the revolutionary literature in circulation. Women also supported the movement through the provision of their typing skills and providing food and refreshments for meetings.

Whilst the movement primarily focused on the struggles of the black man there was an attempt to correct this in January 1971. The National Joint Action Committee (NJAC) created a female branch which tackled the sexual exploitation of women’s bodies, through various forms, specifically calypso music. Some women involved in NJAC were able to exceed expectations of the time and acquire higher degrees and jobs such as attorney-at-law and Administrator in the United Nations and the Economic Commission for Latin America and the Caribbean.

Due to the excessive and exploitive treatment by some branches of the police force, the more radicalised National Union of Freedom Fighters (NUFF) was created out of NJAC. The organization highlighted class as the epicentre of social issues in the country rather than race and took up arms to tackle this problem. Women camped, tracked and fought alongside men whilst engaged in guerrilla warfare. Beverly and Jennifer Jones, previously involved in the Black Power Movement, went on to join NUFF, and became two famous figures who represented women in the armed struggle. The famous raid of the Texaco Estate Police Station on May 31st, 1972 ended in Beverly Jones being killed in action. She is immortalized as one of the female heroines of the movement.

The Black Power Movement was an event which presented the opportunity to address issues which affected black people in Trinidad. The dialogue started during this moment allowed black women to be seen as oppressed figures alongside the black man. Out of this, black women were able to be seen as pivotal contributors to the movement and the struggle. 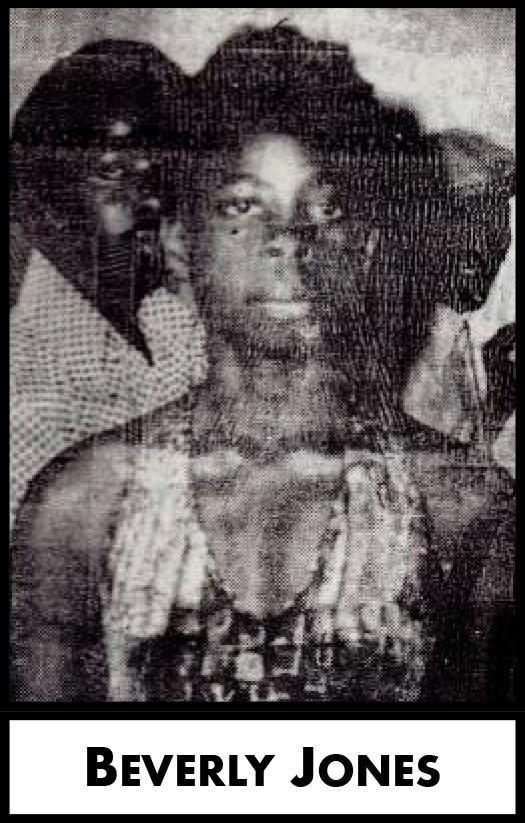 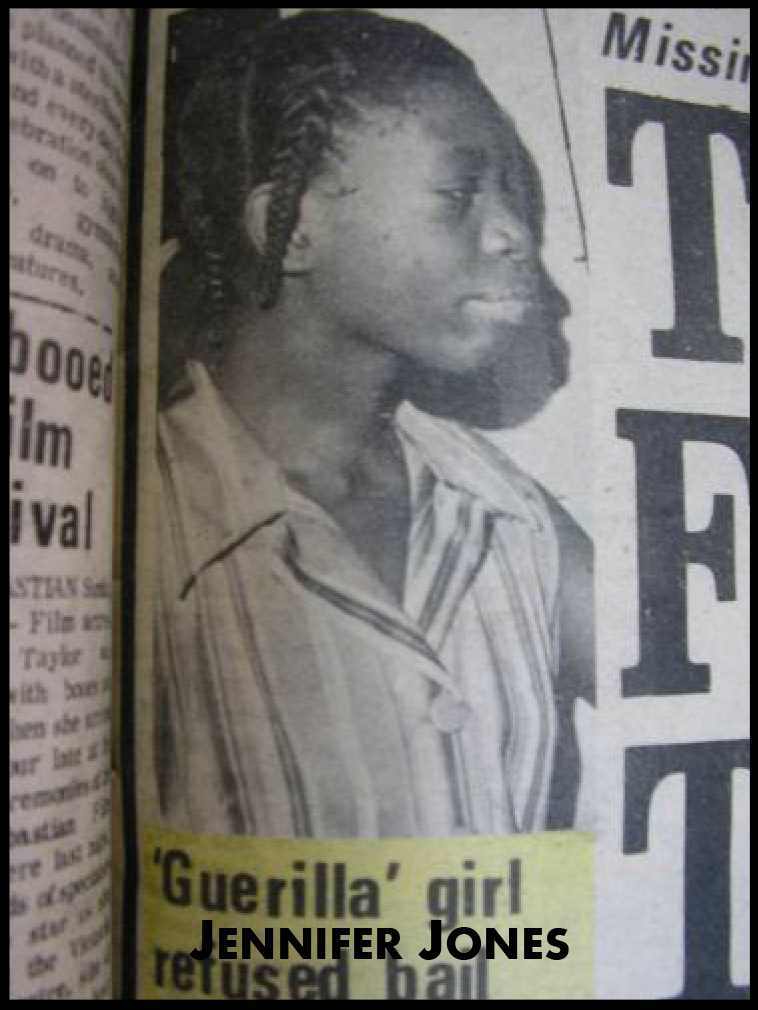 Links for other materials:

Pasley, Victoria (2001). The Black Power Movement in Trinidad: An Exploration of Gender and Cultural Changes and the Development of a Feminist Consciousness. Journal of International Women’s Studies, 3(1), 24-40.

Pasley, Victoria (2001). The Black Power Movement in Trinidad: An Exploration of Gender and Cultural Changes and the Development of a Feminist Consciousness. Journal of International Women’s Studies, 3(1), 24-40.Available at: http://vc.bridgew.edu/jiws/vol3/iss1/2