Ring the Bell- A look at the Spiritual Baptist faith

Home » Ring the Bell- A look at the Spiritual Baptist faith

Other than the public holiday on March 30th every year- what goes on in and with the Spiritual Baptist Community? Yes, I’m starting off with the hard-hitting questions for this blog. Many of us have expressed a desire to deepen our awareness of other cultures and communities within our twin island nation. This blog seeks to provide a look into the faith, lifestyle and belief of the Spiritual Baptist community. At the Mountain of the Lord Church, Archbishop Ancil Goodridge allowed us an interview, to get a closer look at the workings of his community. Let us take a walk along knowledge lane, with the Spiritual Baptist faith.

The Baptist faith is a Christian religion, whose fundamental belief is in the Holy Trinity. Their guidance comes from the Holy ghost, hence the inclusion of ‘spiritual’ in their name. St. John the Baptist, the man in God in Biblical time (and cousin of Jesus) is said to be the inspiration for this faith, as they preach, baptise, fast and direct people to God, just as John did.

The Merikin settlers, who arrived in Trinidad and set up Company Villages are said to be the earliest bringers of the Baptist faith to our shores. Pop over to our website to read about the 19th century construction of the St. John’s (London) Baptist Church. #BuiltHeritage_POS

FYI – the National Archives has an Exhibition about the Merikins which you can access online, right here, so take a look!

This particular sect- with whom our interview was conducted- was born in St. Vincent. They basically island hopped across to Trinidad and established a congregation here. Worship took place in many locations around the island, with small churches being set up in private homes. #Origins 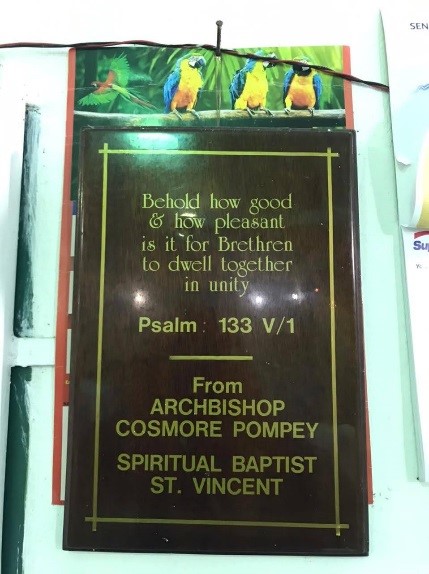 Their vocal nature was not welcomed by Colonial government (they have to be the original “haters” geeze! Read more about the Prohibition via this Emancipation Support Committee TT Facebook post.). It is now well known that Spiritual Baptists are called “Shouter Baptist” because of the volume of their celebrations, which is always accompanied by frequent bell ringing and clapping and even dance. In these early years, many members but especially one Archbishop Griffith fought for the ability of Spiritual Baptists to preach openly- a freedom other religious groups were allowed. He agitated to get privileges such as marriage licences. Simply put their desire was for their church to have the privileges granted to other religious bodies.

At last in 1951, relief came. Noteworthy is parliamentarian Albert Gomes, who was instrumental in the repeal. As then Chief Minister and supporter of the working classes, he is a forgotten hero of the movement. This pre-independence era government was able to secure the freedom to practice and other more common activities like having a recognized Board for the operation of educational institutions. In terms of establishing their legitimacy in the hearts of practitioners it was always there. The reality of having equal rights to other religions was a big, progressive step and went long way in establishing legitimacy in the minds of the rest of the population. 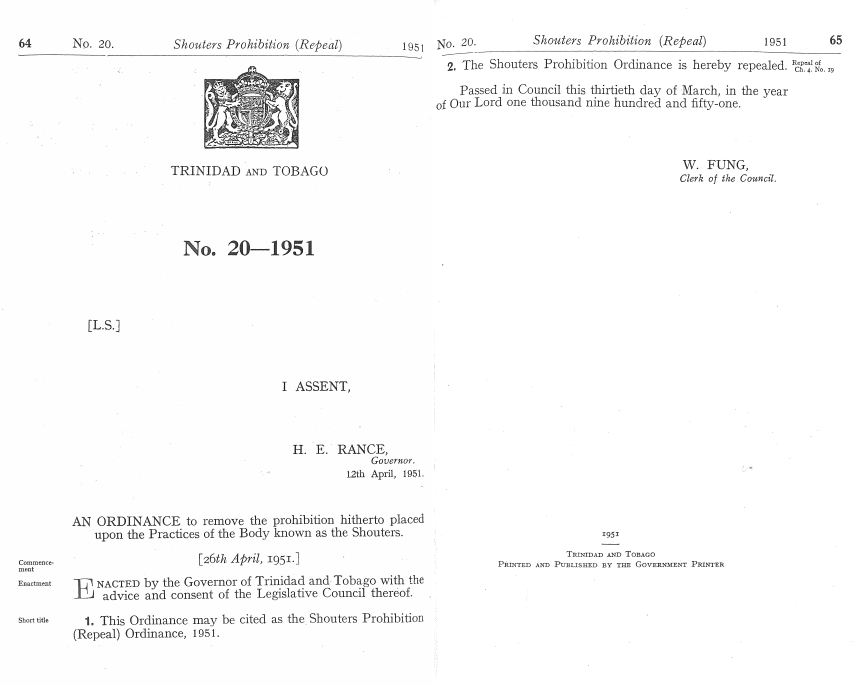 Photo 3: Evidence of progress! The Repeal of the Act (Pages 1&2)

Archbishop Goodridge recalls fondly, the many different leaders in the early years of nationhood who gave way to Spiritual Baptists being able to be ‘officially’ included in Trinidad’s multi-religious landscape. They were included in meetings of Inter-religious organizations, schools were constricted, Nation-wide Conferences could be held; things that seem typical now, but were once a freedom denied.

At this point, I want to emphasise that there are a few arms of the Baptist faith. There are London Baptists (forming the Baptist Union of Trinidad and Tobago BUTT) and Independent Baptists (Independent Baptist Missionary Union -IBMU). The Trinidad and Tobago Baptist Association (TTBA) was established in 1960, after UK and US based Baptist collaborations with local groups fell through. In 1970 the Trinidad and Tobago Baptist Federation (TTBF) comprised of BUTT AND IBMU. I want to make clear that each arm is different, so please ask a question if you need clarification and avoid lumping everyone into one general “Shouter Baptist”.

FYI number 2: Shouter Baptists, are the same as Spiritual Baptists, but Shango Baptists are a different denomination.

The Baptists at the Mountain of the Lord Church are guided by a Congress. Their leader, Patriarch Steven Julien is the shepherd over 300,000 members across Trinidad and Tobago. Groups of 14-15 Churches make up 1 diocese. One must be ordained and have several years of service in the faith in order to ascend the ranks in the church from Reverend to Bishop and ultimately Archbishop. . The robes worn by preachers are blessed by elders and are received in stages. The first is brown, the next is blue and the final is white (for priests). One must apprentice under an Archbishop as part of the formation. Only upon the death or retirement of previous Archbishop is the next person appointed.

– The Holy Spirit plays a major role in the Spiritual Baptist faith (It is in the name y’all). The main doctrine is about God the Father, Jesus Christ and the Holy Spirit (one God). True believers believe there is one God. Members serve God and become ambassadors of the kingdom of heaven. Their theology says that the Spirit of God lives within us and this spirit does not die. With physical death, the body goes back to the Earth while the soul moves into judgement. This is a teaching (passed down from elders) and is found in the book of Revelations. Further, God made all of us and everything He made was good. When Man broke the Law (in the Garden of Eden), his disobedience caused all the problems in the world today. (Thanks eh, Adam and Eve.)

Similar to other Christians, activities like Baptism (to welcome a new member to the fold), fasting (physical withdrawals, which strengthen the spirit) and anointing take place regularly. There is also mourning -one lies on the floor in the supplication/ supplicant position. This is accompanied by fasting and prayer to the Holy Spirit and marriages are conducted.

In the handy-dandy table below, are some practices or features unique to the Spiritual Baptist Community. There are practices and beautiful, meaningful symbols that stood out to me, and I would like to highlight for you.

The Government has given a monetary grant to the Spiritual Baptist Congress group to build their very own Cathedral at Preysal- the first construction of this scale and size for the St. Vincent based group. The land has already been cleared and the money received. (We in a gear, this is #BuiltHeritage in the making, hooray!) Dr. Carrington’s diocese is heading the committee overseeing this project, so we’ll all watch as it unfolds.

For those interested in seeing first hand, or even joining this faith, the General Meeting is at Sangre Grande, at the El Socorro Baptist Church. Meetings of course, follow COVID-19 protocols with social distancing and sanitizing. The Baptist Union website also provides additional info for your reading pleasure on the London Baptist faith in T&T.

Let me be the first to wish all of you a Happy Spiritual Baptist Liberation Shouter Day!

FYI number 3- That is the actual name of the holiday folks, as written in the Act 10, Chapter 19:05, eh. I am not making this quite long, convoluted title up; no wonder we shorten it to Spiritual Baptist Day! Have a great celebration!