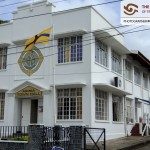 To commemorate the Golden Jubilee of the reign of Queen Victoria (1877), Arima was declared a “Royal Borough” established by “Royal Charter” on August 1, 1888. The Charter of Incorporation was signed by the Governor of Trinidad, Sir William Robinson, and was issued by Queen Victoria. The Royal Borough of Arima was the only one of its kind in the Colonial Caribbean.

The council met to conduct the town’s business in the Town Hall and still continue to do so today. The previous Town Hall building on Sorzano Street was typical of the colonial style architectural design of the 1900s. In 1949, the present Town Hall was built. Its architectural design is classic of the late 1940s and 1950s. It is a modern two-story concrete building with large glass windows ad stands today as impressive as always.

The Charter of Incorporation of 1888 provided for a council responsible for the local governing of the Borough of Arima. This council consisted of a Mayor, seven counsellors, auditors and a town clerk. 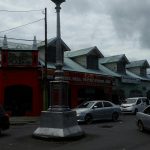 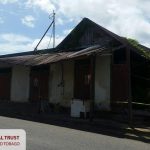