Posted July 12, 2016
In Blog
Bringing History Alive: Railway Edition2016-07-122016-07-13https://nationaltrust.tt/home/wp-content/uploads/2016/04/national_trust-logo2.pngNational Trust of Trinidad and Tobagohttps://nationaltrust.tt/home/wp-content/uploads/2016/07/Tour-members-exploring-the-engines02.jpg200px200px
0
Share on Facebook Share
Share on TwitterTweet
Share on Pinterest Share
Send email Mail
Print Print
Do you remember back in the day when the sound of trains on the railway tracks were like music to your ears? The National Trust of Trinidad and Tobago brought that fun childhood memory back to life when they hosted a Southern Railway tour on the 23rd of April, 2016. Historian and railway transport researcher, Glen Beadon, was nothing short of exhilarating when he imparted his wealth of knowledge as the tour conductor. The tour commenced in Fort San Andres. Hidden in plain view, the last steam Locomotive, engine 42, still stands unknown to the general public. TGR 0-6-0 type Hunslet diesel engine, this locomotive hauled the final passenger train into Port of Spain on December 28th, 1968. 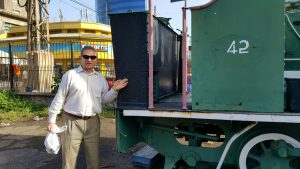 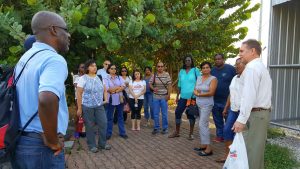 Members of the tour listening attentively to Mr. Beadon

There was a little debacle amongst the avid historians as to the accurate name of the locomotive, but it was concluded that it’s actually Engine “D”, built by the Hunslet Engine Company of Leeds, England in 1914. This engine spent its working life shunting the Port of Spain docks and its livery was always black. Glen Beadon reminisced on his childhood, where he played on the rail tracks and listened to the trains pass every morning. Members of the tour also chimed in, recounting memories of “the good ole days”. We then headed across to the infamous City Gate. Now, most of the commuting public walk through City Gate every day without knowing that it’s an historical hub rich in intricate, but exquisite iron work and so much more. If you stand outside of what is now known as City Gate and face south looking at the building, looking up to the top of the building you would see a “TGR” inscription; this stood for Trinidad Government Railway. The building was designed by German architect, David Hahn, and was completed in 1924 to replace the original wooden structure. Today it is managed by and houses the headquarters of TGR’s successor, The Public Transport Service Corporation (PTSC). 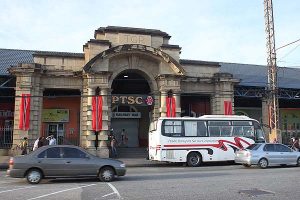 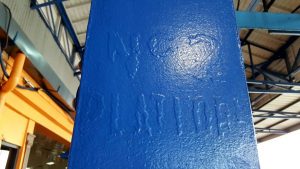 After touring this historical gem, seeing inscriptions, a mural of Locomotive 42, pictures that depicted what once was, and even going up on the roof and seeing Port of Spain in all its alluring glory, we hopped on a bus and headed to the Divali Nagar. 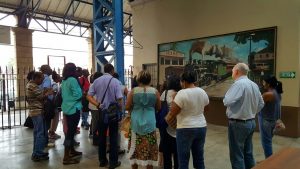 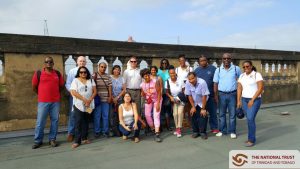 Members of the tour on the roof of City Gate 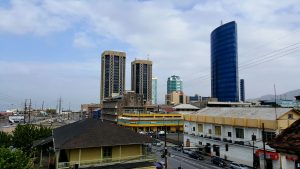 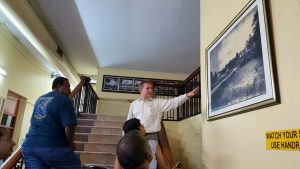 The train at the Nagar is the last one standing in Trinidad and Tobago. The 0-6-0, 25ton 145hp diesel locomotive was built in February, 1947 in Philadelphia, U.S.A. When it first came to Trinidad it worked at Brechin Castle and its original number was BC-907 and later became known as Caroni No. 8. The locomotive was donated to the Divali Nagar Museum in 1994 by the Rotary Club of Chaguanas and its partners Caroni (1975) Limited and a few others. After refurbishment in 2007 by Manickchand Limited, it was placed on display at the National Council of Indian Culture, Nagar. A plaque has been mounted on the engine to mark the historic event. Stories about the sugar cane industry and how integral the railway system was to its success were told to a group of people who were like kids in a candy store, eating up all of the information that was given to them. 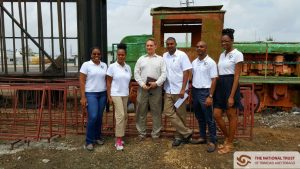 Members of staff with Mr. Beadon and Dr. Bhimull 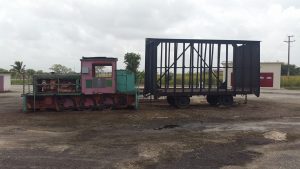 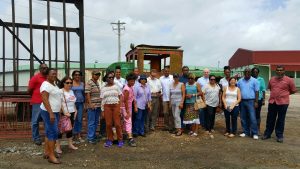 Members of the tour 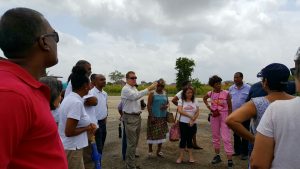 That train opened up the historical appetite and everyone was eager for more. We headed to Brechin Castle, which was a sight to behold. There stood four 0-6-0 type Hunslet diesel engines in all their glory, beautifully preserved. In 2011, Prime Minister Kamla Persad-Bissessar formally announced that Brechin Castle would be turned into the Sugar Heritage Village and Museum to preserve the memory of the sugar industry. After a decision to dismantle USM, in 2012 engines D6/39120, D7/39119, D8/39121 as D9/39122 and D10/39123 were moved to Brechin Castle and put on display on short track lengths. Together with the four diesels came a 30-inch gauge flat wagon which was used in the USM workshops. Exciting stories were told, fantastic pictures were taken, and overall, a great time was had by all. 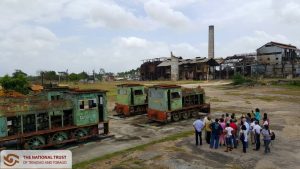 Overview of the diesels at Brechin Castle 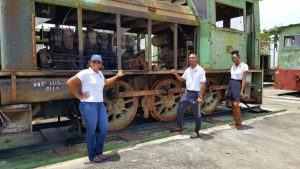 Members of Staff with one of the engines 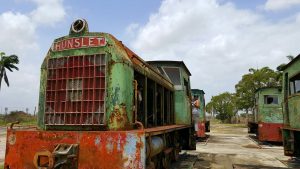 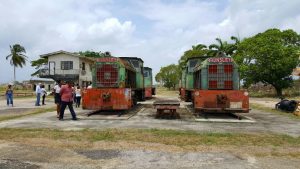 We saw the Sivilla Bridge in Couva, walked the Red Bridge in Point-a-Pierre, and reached to the climax of the tour in San Fernando. 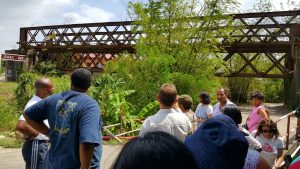 On Harris Promenade the TGR 4-4-0T No. 11 locomotive, built in 1894 by Kitson and Company of Leeds, is 122 years old and is immortalized as “The last Train to San Fernando”. Although it’s undergoing construction to make it a charming sight, we got to take a sneak peek at it. The final stop was the San Fernando Railway Station, and although it is in a state of disrepair, there were still remnants of what used to be. 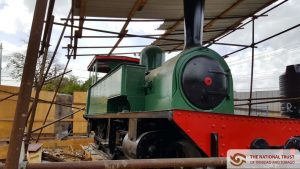 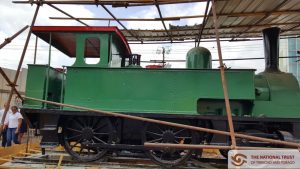 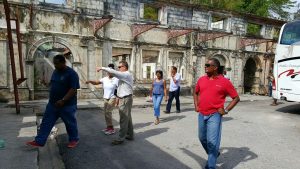 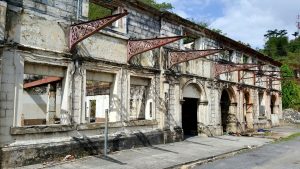 The tour opened up eyes to the rich echoes of Trinidad and Tobago’s history. However, the wider public is still blithely unaware of the remnants of the past they either walk pass or drive by daily. History is all around us, whether it’s the square you walk through on your way to school, or the cathedral you pass on your way to work. There is so much to see and discover.
CONNECT