The Quarantine Islands – The Five Islands

Six miles off the coast of Port of Spain lies a cluster of islands that were once dubbed “Quarantine Islands”. Mythologically created by the stroke of a witch’s wand, and with interference from an innumerate devil, these islands–Pelican, Lenagan, Caledonia, Craig, Nelson and Rock–had many uses throughout their history. On these isles were, at different times, a military outpost; a detention centre for human rights advocates and political refugees; holiday resorts for the elite; a getaway for honeymooners, and quarantine facilities for disease control. 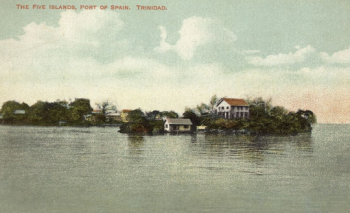 Although quarantining had been used throughout history as a measure to contain the spread of contagions, efforts were intensified in the 1800s to militate against the spread of illnesses such as cholera and yellow fever. The same principle of quarantine applied to residents and visitors to Trinidad. The Five Islands were considered ideal for this undertaking. House of Commons Parliamentary Papers of 1860 revealed: “The Five Islands, distant five and a half miles from Port-of-Spain, are used as a lazaret station when required. The sick are sent to one island, and the disinfected to another.”

This same arrangement continued with the arrival of Indian Indentured immigrants who no longer went directly to mainland Trinidad as had been the custom. The decision for Indians to temporarily quarantine at the Five Islands, in particular Nelson and Lenagan, was due to several factors including the need to limit the spread of contagions from the general public and the inability of the Colonial Hospital to handle the large volume of immigrants in need of medical care. 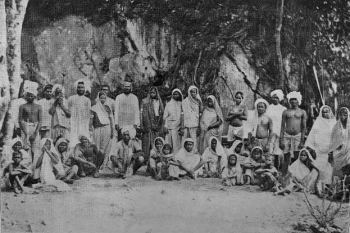 From 1866 until 1917, immigrants were separated into two groups: those whose illness could be quickly treated or who were simply in need of convalescence, and those who were critically ill or highly contagious.

The first group was sent to Nelson Island, the latter to Lenagan Island. On both islands there were medical facilities equipped to treat with the immigrants whatever their condition. Sometimes though, despite the efforts of medical personnel, many perished (on Lenagan) and were illegally cremated. 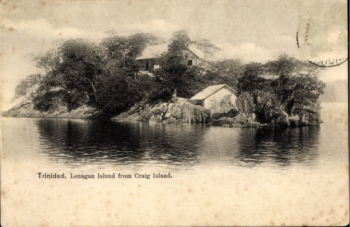 On Nelson Island, immigrants would spend a period of about ten days where they were registered, had their wellness evaluated and were read the Immigration Ordinance. They were subsequently grouped according to the estates to which they were bound and sent off to mainland Trinidad.

Although all six islands were labeled The Quarantine Islands, not all were used in this manner. Rock Island appears to be the only other island that was used for quarantining contagious persons. During the nineteenth century, possibly before Indian indentureship, Rock was a quarantine depot for first-class passengers who had the misfortune of traveling on a vessel where there was an outbreak. Once common illness was confirmed, a yellow flag was hoisted to signal that there was to be no communication with the island. Only when cleared of contagion could passengers resume their journeys. 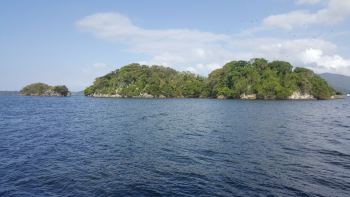 Photo of Caledonia and Craig Islands 2019 by Ashleigh J. Morris

Today, five of the six islands are overgrown with trees and shrub; one would have to look hard to see relics of buildings that once existed. Nelson Island is the only one where several buildings stand strong with areas dedicated to the remembrance of its history. Come joint the National Trust on its Western Isles Tours as well as its tours to Nelson Island where one can learn more about the Five Islands. Visit our website at nationaltrust.tt to discover more about our nation’s heritage. Visit our Heritage Asset Register on our website to discover our nation’s heritage and thank you for taking this journey through the Western Isles as quarantine islands with us. 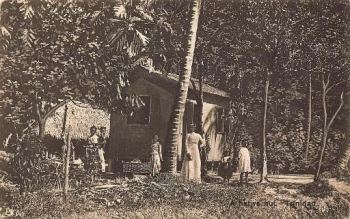 Mother and children at home circa early 1900s

These are indeed interesting times for Trinidad and Tobago, but the measures to self-isolate, social distance and quarantine are not new. While there was a time when those suspected or confirmed of illness could be separated from mainland Trinidad on islands of the Western Isles, we are now required to implement these same measures within the confines of our personal spaces. Without separation by water, there is need, more than ever, to exercise personal responsibility to curb pandemic spread. Time will reveal the extent of our discipline.