On its journey from Calcutta to Trinidad which began 16th February 1845, the Fath Al Razack made its way to St. Helena, an island off the coast of southwest Africa. By the time the ship neared South Africa however, the weather took a turn for the worse, shifting from tropical climate to cold uncomfortable weather. The death toll on board the ships were at their highest at this time as the blankets and warm clothing provided to the Indentured Indians were insufficient. Conditions on the boat deteriorated with the shift in temperature as the food brought onboard became soggy, the live animals died and the atmosphere on board was abysmal.

On April 18th, 1845, after 57 days at sea the Fath Al Razack finally arrived at St. Helena. At the point in time St. Helena was a British colony. It became an important stop for all ships carrying indentured Indians. At St. Helena, fresh water was collected as well as mail and goods for the ship sent from England. Sick and rebellious Indians were also dropped off at the hospital or jail on the island, and they would subsequently be picked up by the next Caribbean-bound vessel. The other Indians were not allowed to disembark and could only spectate from the ship. The Fath al Razack arrived at and left St Helena on the same day, April 18th, 1845. From there it continued along its journey to Trinidad. 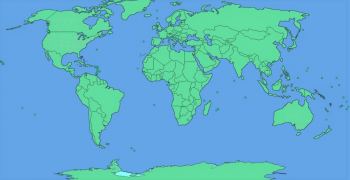 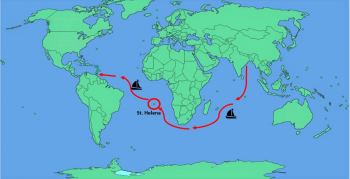 Samaroo, Brinsley. (1995). The First Ship: Fath al Razak. In Samaroo, B (Ed.), In celebration of 150 yrs. of the Indian contribution to Trinidad & Tobago. Historical Publications Limited.