Communicating with spirits, Getting High: The wooden artefacts of the Caribbean Indigenous Cohoba Ceremony

Home » Communicating with spirits, Getting High: The wooden artefacts of the Caribbean Indigenous Cohoba Ceremony

Perhaps you have met someone in Trinidad and Tobago who has claimed that the marijuana plant is a “holy herb,” a substance that they use to attain and commune with the divine, and to get to “higher heights.” Among many of the world’s mystics, and especially Caribbean ones, the marijuana plant indeed holds special significance. Would you be surprised to know that such claims surrounding plants being mystic conduits are by no means new, and that they are in fact thousands of years old? If we were to rewind to 500 or 1000 years before the present time, we would find that there was another plant that was used by the indigenous people here in T&T. They believed that it allowed them to interface more directly with the spiritual world. This plant, called the cohoba tree, produces seeds which were made into a powder and used in what was called the “cohoba ceremony.” We have learned a great deal more about this ceremony through related pre-Hispanic Caribbean wooden sculptures that have been uncovered by archaeologists. 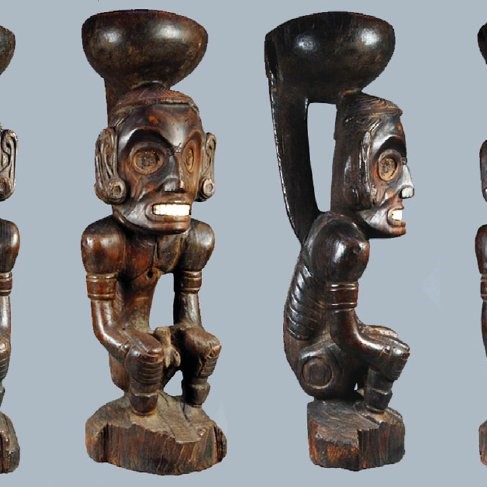 Picture 1: A cohoba stand made of wood. The cohoba powder was placed in the bowl at the top of the anthropomorphic figure’s head, and then snorted from there.

Cohoba is the narcotic used in the indigenous shamanic rituals that have taken place in the Caribbean for hundreds of years, well before the arrival of Europeans. The plant from which the cohoba seeds and thus cohoba powder is derived is quite common in islands such as Trinidad and Tobago. It can be found not only in the forested areas, but in parks, gardens and around homes all over the islands. The cohoba tree (anadenanthera peregrina) and its seeds contain the potent hallucinogen dimethyltryptamine, also known as “DMT.” This hallucinogen has gained great popularity among modern Western users over the past couple decades via Ayahuasca ceremonies. In the case of the indigenous persons of the Caribbean cohoba powder was snorted, because DMT taken orally is neutralized by a particular chemical found in the lining of the stomach. Simply put, if you eat cohoba powder, you won’t get high! The hallucinations the indigenous people experienced during these rituals inspired them to create wooden carvings that were both spiritual and status-related in nature. 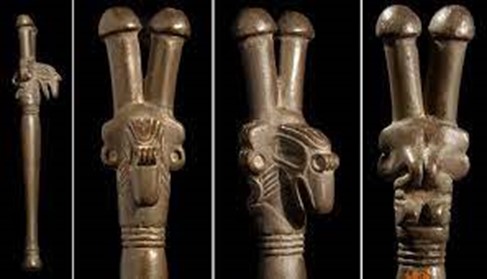 Picture 2: A replica of a wooden cohoba bifurcated snuff tube. The two parts at the top of this wooden figure were placed into the nostrils, and then the powder was inhaled.

Photo courtesy Joanna Ostapkowicz at the National Museum of the American Indian;

In “Conduits to the supernatural,” an article in the Journal of Caribbean Archaeology.

Wood was the most plentiful resource in the Caribbean, and so was central to indigenous life, spanning the mundane and the ethereal. Of course, wood is so much less durable than stone, coral or ceramic, and that means that its preservation is less likely. Nevertheless, researchers working on trying to understand wooden artefacts related to the cohoba ceremony find wood to be a very useful archaeological source material and can use radiocarbon dating to find out the time the wooden artefacts were made.

Some archaeologists have speculated that the use of cohoba might have facilitated the carving process of “duhos,” which were elaborately carved ceremonial stools and works of art that were passed on through generations. These carved wooden duhos also carried real or perceived political and economic power, as duhos were restricted to use by national leaders, elites, and their guests. Duhos were also used during cohoba ceremonies. cohoba was also used to make “zemis,” or “cemis.” This makes sense because of the relations of cemis to the spiritual world. Carved “cemis,” were representations of spiritual entities as the indigenous people perceived them. Nor did they simply view the carving as a physical representation of the spiritual, but they viewed the cemi as “the animating force within the sculpture” (Oliver, 2009), which was for the “spirits, deities, ancestors” (Ostapkowicz et al, 2013). The cohoba ceremony was therefore a rich and intertwined ceremony that brought together many aspects of indigenous life. Recent studies shed further light on the early eyewitness accounts of this indigenous practice. Around 2012, archaeologists studied thirteen (13) cohoba artefacts dating from 800-1300 A.D. The artefacts are said to be “elaborate examples of cohoba related material” (Ostapkowicz et al, 2012). Artefacts have been found dating to as early as 600 B.C., and even possibly dating to 1000 B.C.! Material related to these cohoba ceremonies included stands on which to place the powdered cohoba, ritual vomiting sticks for purification, y-shaped snorting pipes and other materials related to the process.

Cohoba vomiting sticks and a scooping spoon for the cohoba powder. These were mostly made of wood but in these depicted are made of bone. A process of fasting and ritual purification involving vomiting came before the participants attended a cohoba ceremony.

*”DMT is a controlled substance in some countries, which means it may be illegal to make, buy, possess, or distribute it in certain places.”

Boomert, A. (2016). The Indigenous Peoples Of Trinidad And Tobago: From The First Settlers Until Today. Leiden: Sidestone Press.

Wood, Rachel. (2015). From Revolution To Convention: The Past, Present And Future Of Radiocarbon Dating. Journal of Archaeological Science, 56, pp. 61-72.

Categories: Blog - Other Contributors
Tags:
← Five Things You Should Know About the Coterie of Social Workers and its Founder, Audrey Jeffers Family Oral History Project →

Chike Pilgrim
Chike Pilgrim is an Oxford-educated archaeologist, and a writer and historian from Trinidad and Tobago.