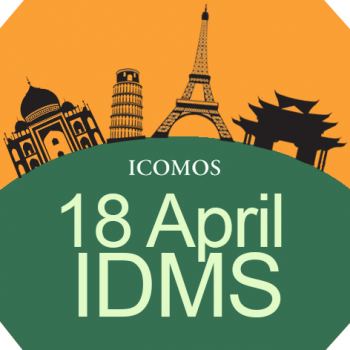 On April 18th each year, the global community commemorates World Heritage Day / International Day for Monuments and Sites with various celebrations and activities organised by heritage practitioners and organisations, National Trusts, and community groups. The International Council for Monuments and Sites (ICOMOS) has selected the theme “Shared Cultures, Shared Heritage, Shared Responsibility” for 2020. A theme that is even more relevant today in the time of the COVID19 pandemic, social distancing and isolation. The theme acknowledges that heritage is often valued by multiple and diverse groups and communities. In this blog we identify a few heritage sites and cultural practices in Trinidad and Tobago which represent our shared heritage in the sense of collective responsibility and values, as well as the resistance, contestation and counterpoints to shared heritage. To see how other countries are commemorating this day check out the ICOMOS website.

Shared Heritage in Trinidad and Tobago

Trinidad and Tobago’s past is linked to many countries and various cultures around the world through a shared and complex history. Trinidad and Tobago’s historic architecture and vernacular heritage has been shaped by these connections, which we know today as shared heritage. As with the history of many other nations, shared heritage in Trinidad has come about either by force and resistance, or it may have been intentionally implemented. Nevertheless, our cultural landscape has many examples of shared heritage such as the newly restored Red House. 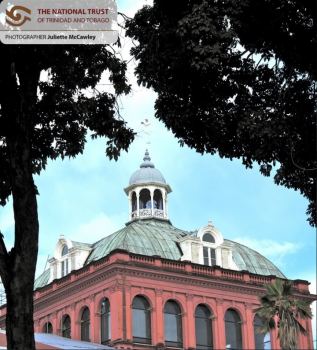 The Red House is a significant example of Trinidad and Tobago’s shared tangible cultural heritage.  It has been a stage and backdrop to many dramatic events in the history of this nation. The Red House is perhaps the most iconic and recognisable landmark in the city of Port-of-Spain. Since completion in 1907, this building has served as the seat of Trinidad and Tobago’s government. In 2011 rehabilitation works began on the historic structure. Parliament was temporarily relocated  and returned to the Red House on January 24th, 2020.Archaeological discoveries were made at the Red House site during a structural assessment of the foundations in 2013. The Office of the Parliament of the Republic of Trinidad and Tobago hired an archaeological crew to undertake a detailed study of the site from 2013 to 2015. Data analysis from this investigation suggests that the Red House site was a relatively sizeable First People settlement that was continuously inhabited for over twelve hundred years (Reid, 2018). Therefore, this monument which is intimately connected to the collective consciousness of Trinidad and Tobago as the seat of Parliament, is also a shared heritage site with the First Peoples. The Red House is now a Listed National Heritage Site and is protected for the enjoyment of future generations. Read more about the Red House here. 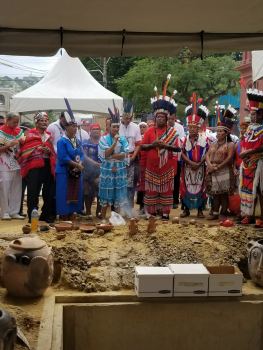 Contested heritage refers to heritage sites where there are multiple and competing histories; often one history is selected over the others. The Caribbean has endured various forms of colonialism and as a result Caribbean heritage, Caribbean culture and the Caribbean itself have been represented in multiple, often contradictory ways. The postcolonial heritage of the region is contested and often dark. Dark heritage deals with trauma, tragedy, death and even negative events (Thomas et al, 2019). A key theme of Caribbean history is forced labour- slavery lasted for hundreds of years. Therefore, sites associated with slavery, i.e. the remains of the plantations and the factories, where the enslaved were brutalized but endured, are sites of dark heritage. Despite this history, these sites are often used in adaptive and new ways. In Trinidad and Tobago like in many Caribbean islands, former plantation properties have been converted into everyday spaces, which have become part of normal life. Indeed, the great estates of Trinidad gave birth to villages and residential areas across the country. Several establishments utilize words like ‘plantation’ or ‘mill’ in their names as catch phrases or references to the history of the space, and they often preserve the historic relics of plantations by integrating them into the hotel. This facet of our heritage has become a normal part of Caribbean life today. 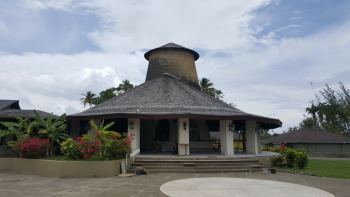 It is also important to point out that the colonial heritage of Trinidad and Tobago is a shared heritage, albeit a forced one. After slavery ended in 1838, successive waves of people were brought to work on the sugar and cocoa plantations from China, Portugal, the USA, Africa and India. While the experiences of these people varied, the central shared theme is plantation labour.

What is a site of resistance? This refers to a site that is remembered for an act of defiance. The Temple in the Sea in Waterloo is the epitome of a site of resistance.  It was built by a former Indian labourer, Sewdass Sadhu, who defied the British colonial government in Trinidad. The first temple was a koothia, a simple temple, built in 1947. It was originally built on swampy land that was privately owned by Tate and Lyle Limited. He was taken to court and he was fined $500 and sent to prison for 14 days for trespassing. The fine was more than two years of his wages and he paid it in installments. The temple was destroyed by the colonial government. After this he decided to build the temple in the sea, since the sea was not privately owned. It took him 25 years to build it by himself, with only his bicycle to transport materials. At one point he purchased a truck to transport materials, but the truck malfunctioned so he went back to using his bicycle and two buckets. He completed the temple and it became a site of pilgrimage for Hindus in Trinidad. The temple was on a man-made island and was connected to the mainland by a pedestrian causeway. Read more about the Temple in the Sea here. 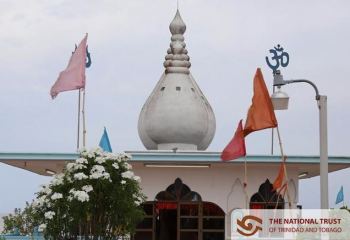 Trinidad and Tobago has several examples of shared heritage amongst our heritage sites such as the Red House, Nelson Island and Woodford Square. However, shared heritage can also be explored through cultural expressions. For example, the Supari Mai and La Divina Pastora celebrations where persons of different faiths line up to do devotions at the Roman Catholic Church. At the Santa Rosa Festival, the First Peoples follow Roman Catholic traditions to commemorate the death of Santa Rosa de Lima, the Roman Catholic patron saint of the New World.

While European cultural expressions were forced upon Caribbean populations under colonial rule, some cultural heritage traditions have persisted in an act of resistance. At their core Afro-Caribbean religions were acts of resistance to colonial rule and the de-personalization of the plantation. In Trinidad and Tobago two of the most significant African based syncretic religions are the Orisha or Shango and the Spiritual or Shouter Baptists.  In spite of efforts to control the masses by restricting African traditions—religion, music, stickfighting and dancing—these elements of cultural heritage survived. The Shouter Baptist religion resisted the colonial authorities’ efforts to subdue it, and is part of our shared heritage of resistance and endurance.

These examples reflect the diversity as well as  the resilience of the peoples of Trinidad and Tobago. Together they make up the cultural and built heritage of the nation. Very often we overlook the stories of the people and places that contribute to our heritage. Today, on World Heritage Day 2020 we invite you take a moment with the National Trust to commemorate them.

Henry, Frances. (2003). Reclaiming African Religions in Trinidad: The Socio-political Legitimation of the Orisha and Spiritual Baptist Faiths. Kingston: The University of the West Indies Press.