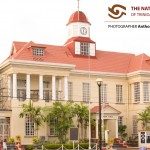 In 1834, a wooden structure that was called Town Hall was built at the corner of Harris Promenade and Penitence Street in San Fernando. In 1930, a foundation stone was laid by governor Sir Alfred Claud Hollis and the original building was replaced in 1931 by the one that stands today. The design of the building, which consists of three floors, is neo-classical in design, distinguished and symmetrical in form. Over the years, the original building has been extended to cater for the San Fernando City Council’s expanding functions. The history of the local government administration dates back to 1845, when a town council was established and the municipality of San Fernando came into being. Some eight years later, San Fernando was elevated to a borough and her first mayor was Dr Robert Johnstone.

San Fernando continued to blossom and as a result of the income she generated, she earned the title of the “Industrial Capital” of Trinidad and Tobago. The city’s wealth, together with the sustained level of economic activity, contributed to an increased sense of importance for San Fernando, culminating in its elevation to City status on 18 November 1988. With this new status, a new crest was designed, incorporating all the major aspects of life in San Fernando. The crest includes the sea, the hills, a fishing boat, cane stalk, oil tank, house and two discs. Within the first year of cityhood, San Fernando was twinned with the town of Trinite, Martinique and new ties with the French were established. The city is divided into nine electoral districts, each represented by a councillor. 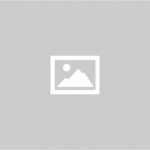