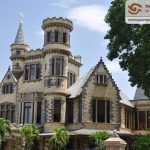 Built by Charles Fourier Stollmeyer, Killarney was the first house to be constructed in the St Clair subdivision, established on lands which had previously been used as the government stock farm. Construction started in 1902 and was completed in 1904. The architect of this elaborate structure was a Scotsman, Robert Gillies, from the firm Taylor and Gillies. Described to be Scottish Baronial in architectural style, it is said that the structure of the house was patterned after a wing of Balmoral Castle in Scotland. When construction was completed, Mrs Stollmeyer found it too ostentatious for her simple tastes and her husband gave it to their son, Conrad, who was about to marry. The new Mrs Stollmeyer gave the structure the name Killarney, after the place in Ireland she had hoped to spend her honeymoon.

During the Second World War, Killarney, likes its neighbour Whitehall, was occupied by US Forces and was popularly referred to as “The Castle”. It is from this period that Killarney became better known as Stollmeyer’s Castle. Killarney was occupied by Mr and Mrs Conrad Stollmeyer until their deaths in 1965 and 1969 respectively. Inherited by their grandson, Dr John Stollmeyer, it was occupied until 1972 by his sister, Mrs Clara Merry. That year Killarney was purchased by Jessy Henry A Mahabir, an insurance executive. The intention was that the building be used for residential purposes only.

Killarney was acquired in 1979 from Mr Mahabir by the government of Trinidad and Tobago. It is at present unoccupied. Restoration work was carried out by Citizens for Conservation in the late 1990s. Killarney is now under the care of the Office of the Prime Minister. 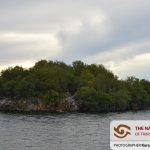