A Story of Survival: Vodun in Trinidad and Tobago

Usually, when the story of African retention in Trinidad and Tobago is told it is about an inheritance passed on from slavery. However, the story of the Rada community is unique. The practice of Vodun, the religion of the Rada people, was not retained from the period of bondage as is the case with Haiti. It arose several years after formal slavery had ended in the British territories, brought by Africans who arrived on these shores unchained. The British had great economic interest in ensuring that other European nations ended the slave trade and slavery. Hence, they intercepted seafaring vessels that transported the enslaved and, depending on how one views it, “rescued” or “recaptured” these men and women from their abductors. 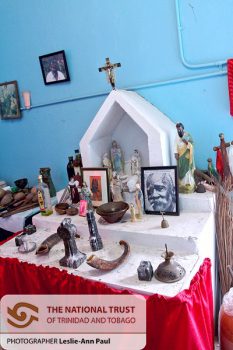 Image 1 – An altar with a mix of African deities and Roman Catholic saints within the vodunkwe.

Abojevi Zahwenu, originally from the Kingdom of Arrada (Allada) in Benin was unshackled by the British aboard a Portuguese slaver. He was a bokono, or one with the powers of healing and divination, and carried with him the history of his people. Perhaps this is how he could establish the Dangbwe Comme Compound in honour of the serpent deity, like what had obtained in Dahomey (Benin).

Zahwenu, who adopted the name Robert Antoine, was affectionately called Papa Nanee. Maureen Warner-Lewis informs that “Nanee” is probably a creolised form of “Na”, the Fon title for a prince, or the Twi term “Nana” which is moniker of respect for an elder. Papa Nanee built his Belmont home and spiritual base in 1868, on lands amounting to three fifths of an acre for $135. His Rada compound was among other African enclaves in Belmont including other Rada, Igbo, Congo, and Mandingo groups. Within his compound was a house, a chapel or vodunkwe (house of the gods), two outdoor shrines, and a covered shed adjoining the house where dancing in religious devotion took place. After Papa Nanee’s death, a second house was built on the compound for his eldest daughter, which was converted into a Convent in the 1950’s. This Convent provided temporary accommodation for dancers ‘returning to earth’ after spiritual embodiment. Today, the compound is largely unchanged in terms of the position and use of the structures. However, the buildings themselves are not original. 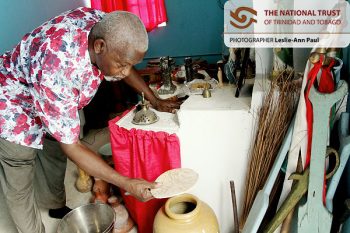 Image 2 – Henry Antoine demonstrates “The beating of the Jar”.

The Rada has managed, through the energies of Papa Nanee, Achovi, Padonu, Sobo, Sedley Antoine and the present hubono Henry Antoine, to maintain much of their West African religious custom. Even so, some aspects of the tradition have been lost to time. In a 1996 interview, the then hubono, Sedley Antoine, lamented that that generation of vodun practitioners had forgotten some of the old sacred chants leaving him to perform the call and response to those songs without a chorus. Years later though, his son and current hubono, Henry Antoine, provided an optimistic picture revealing that the songs that the group managed to retain from the late 1800s were authentic. This was verified by an African professor from a local institution who admitted to surreptitiously recording a singing session and carrying it back to Africa, seemingly for authentication. His audience, a king and his servant, had recognised the songs remarking that they were indeed the songs of their ancestors. Further, some ancient songs that have been retained in the Rada compound are not sung in Benin anymore. In this way, the study of the Rada in Belmont provides a snapshot of religious life as practiced in Benin before extensive colonial interference.

Another African religious survival is that of animal sacrifice. It is a sine qua non of the vodun ritual in Trinidad and Tobago, just as it is in Benin. However, unlike Benin where they drink the blood after the neck of the cow is cut, the blood is fried and eaten here. It is uncertain when the shift in method of consumption occurred but the significance in the partaking of blood as part of ritualistic tradition persists.

The National Trust of Trinidad and Tobago visited the Rada Compound on July 4th, 2020 to speak with the hubono Henry Antoine where he zealously shared information about the history of the Rada people. He showed us the Sakpata shrine where they may serve the divine force a hen, a pigeon, a morrocoy, a goat or a cow prepared in the adjacent kitchen without salt. The shrine in reverence to Elegba, close to the entrance of the compound, is offered sacrifice cooked with salt.

Antoine also allowed us inside the hallowed walls of the vodunkwe where he revealed a collection of ceremonial objects, many of them older than he, including wooden swords used in ritual dancing, consecrated goblets and drums. There were also images of Christian saints and a crucifix atop an altar. Antoine explained that he is Rada and Catholic and sees no dissonance with the two. This viewpoint is in line with most other African traditions in the West including Vodun as practiced in Haiti. Syncretism in the Vodun belief system seems to have also carried over on the continent as Antoine himself observed a crucifix in a shrine that he visited in Benin. 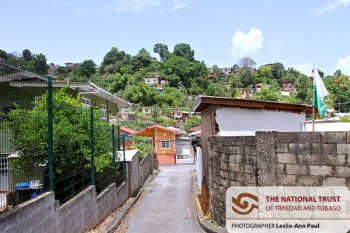 Today, the Rada continues to perform seasonal and non-seasonal sacrifices. During the Vodunu or Saraka, names given to their sacrificial ceremonies, they often use three consecrated drums (four depending on the occasion) representing the celestial, the terrestrial, and the underworld realms. Antoine elaborated on the significance of the sound of the drum and its role as a conduit to the spirit world. Skilled drummers play the sacred instruments with particular tone and emphasis representing the visible and psychic worlds. Moreover, different instruments are played for different occasions. For example, the “Beating of the Jar” is only performed when someone of eminent stature, such as an esteemed spiritual elder, has passed. This entails beating the open mouth of a huge jar filled with water containing split calabash gourds facing downwards, with a flat, fanlike object made of deer skin producing a mournful sound. This ritual was last performed for Chief Alagba Erin Folami in 2018.

The Rada community has also left its mark on the popular culture of Trinidad and Tobago. Many an African mas came out of the Rada yard including the famous Back to Africa masquerade. Several calypsonians including Penguin were also part of the Rada community. Penguin is a blood relative of the Antoine’s and is buried in the family plot adjacent to the compound. Antoine also pointed to Dudley Smith, the man who first placed rubber on the ends of pan sticks, as emerging from the Rada yard. Thus, aside from the retention of African religions, the impact of the Rada in passing on Africanisms through culture must also be noted.

Against all odds, the religion of vodun as practiced by the Rada community continues to endure. Antoine, not wanting to leave this realm without a successor, can rest peacefully as he has found a leader in Anthony Bullock, his second cousin. Anthony, as he is affectionately referred, came to him with an interest in the ways of the Rada people and has stayed on to develop deeper in the tradition. Antoine proudly remarked that Bullock has the characteristics of his father, Sedley, with respect to his keen observation of his surroundings, his reticence, and his industriousness. Pointing to the freshly painted buildings on the compound and the recently laid earth in the shed, Antoine showed the National Trust staff that Bullock is already heavily involved in the maintenance of the compound. The student, hubono believes, is ready to become the master and he is confident that the Rada community will continue to be in good hands.