Top 5 Places to Visit this Christmas

As Christmas is steadily approaching, the festivities have begun in this sweet twin Island republic of Trinidad and Tobago! The aroma of sorrel and pastelle permeates the air, and parang can be heard bellowing through the airwaves nationwide. To commemorate this festive occasion, the National Trust wants to highlight a few places you, your family and friends can visit to really embrace the Christmas season.

Located in Maraval, known for its hilly terrain, overflowing with herbs and crops nurtured by warm villagers, the village of Paramin is the hidden gem in the North Western region of Trinidad. A close knit village where neighbour knows neighbour and ‘Bon jour’ and nicknames are shared happily with each passing. If you take a jeep ride through the village, you will see the fruitful yield of crops on every hill, thyme, chive, tomatoes, and pimento peppers, sprinkled heavily on nearly every yard. The smells in the village, bring forth a welcoming and warm sensation and you can be assured someone will be “bubbling a pot” at any time of the day.

As the Christmas season carries on, parang festivals are major events in Paramin as the village is known primarily for this music genre. The influx of French immigrants and Cocoa Panyols from Venezuela originally brought forth the insurgence of Parang in the community. Patois or French Creole is still spoken in the village to this day and is a unique trait where historical tradition is still maintained.

Drive to the top of the second highest mountain in Trinidad on Barre La Vigie Road, where you can catch one of the best views on the island. Look down at Saut D’eau Island, from the top of the mountain and the panoramic view includes Venezuela in its breath-taking sights of course! Take a hike down to S’aut D’eau Bay where a sole statue of patron saint Saint Cion is stationed alongside the refreshing water. Driving through the village, you cannot help but adopt a French word with road names like, Beau Pres, Finette Road, Morne Espoire, Morne Rene.

Not only is Paramin known for its seasoning, but for its remarkable Roman Catholic Church, Lady of Guadeloupe which has an amphitheatre design. The marvellous building is maintained by villagers who volunteer to clean and upkeep the church. Every “Dimanche Gras” or Sunday before Carnival, the entire mass is conducted in Patois. Paramin remains to be a stronghold for Catholicism, hailing from the French and Spanish influence on the village.

Visit Paramin during the Christmas season with the National Trust of Trinidad and Tobago on guided tours throughout the village. Get a glimpse of the fantastic culture and history of Paramin and explore many more hidden gems in Paramin today! 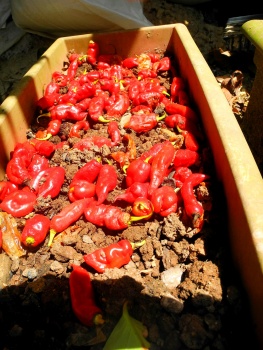 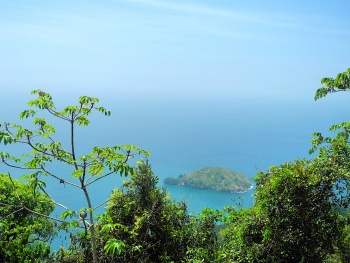 Have you ever seen a snowflake in Trinidad? Take a walk around the Queen’s Park Savannah and you will definitely spot one. The blindingly white building that is formally known as White Hall, previously called Rosenweg, resides on Maraval Road, St. Clair. Whether during the day or night, the stark architectural features will leave you staring in wonder. The snowflake of the Magnificent Seven, White Hall, is one of the largest private buildings on Maraval Road. It was originally built in 1904, known by the name Rosenweg, by Joseph Leon Agostini. Mr Agostini was a cocoa planter and designed the mansion based on his family heritage, Corsican architecture influenced by Mediterranean and Moorish styles.

After a long history of ownership, the building was bought by the Government of Trinidad and Tobago and years later the first Prime Minister of Trinidad and Tobago, Eric Williams, took up office in 1963. The mansion has been used for this purpose until 2009. The building has recently been restored and is a refreshing site to see around the Queen’s Park Savannah. One of the most picturesque buildings of the Magnificent Seven, White Hall stands as a representation of the grandiose architectural legacy of Trinidad. Though public tours of the interior are not available at the moment, the exterior provides enough splendour for one to marvel. If you are desirous of a white Christmas, White Hall can surely fulfil this need. To see the building during nightfall is highly recommended as you will never forget the night you saw a snowflake in Trinidad! 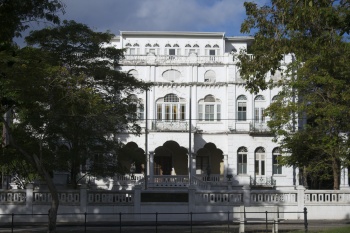 In the green expansive village of Tortuga, there lies Our Lady of Montserrat Roman Catholic Church. Father Marie Jules Dupoux built and blessed this church on Christmas Eve in 1878 and named it after the Montserrat Hills on which it was built.  The Church is known for the phenomenal restoration work done on the building after two natural disasters that struck the area which caused major damages to the structure.

Our Lady of Montserrat Roman Catholic Church provides a beautiful view where wooden architecture is exhibited at its finest. The original French paintings, stained glass windows original statues of saints and the famous Black wooden Virgin Mary adorn the structure making for a splendid display.  For the Christmas season, you and your family will enjoy the serene and beautiful atmosphere of the Montserrat Hills, where picnicking against the backdrop of the Gulf of Paria is a must for the festive season. Take a drive up and witness one of the most scenic Churches in Trinidad for Christmas this year! 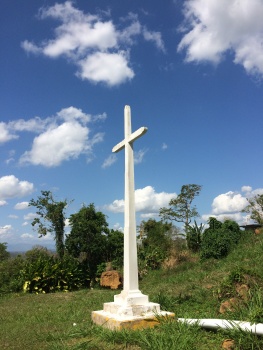 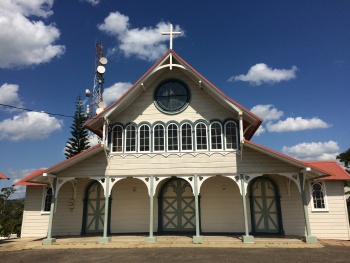 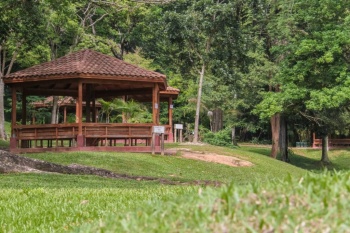 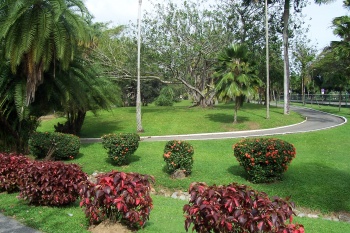 Not only is Tobago a major attraction throughout the year for its rich history, relaxing beaches and picturesque waterfalls, it’s a Christmas attraction for one main event, The Tobago Kite Flying Festival. On December 26th, environs and tourists all find themselves at the Plymouth Recreation Grounds to take part in the kite flying activities widely known in the Christmas season. The event was started by Valerie Critten-Stewart who successfully puts on the event annually.

The festival is a sight to behold as you witness unique kites dancing in the sky made out of any material you could think of. The sky is painted with these colourful creations by children and adults. Families come from far and wide to the Plymouth Recreation Grounds in order to celebrate their Christmas the way Tobagonians know how to. The kites range in size from tiny ones for the kids to 20 foot tall ones for the adults. The event has food and treats being sold with a grandstand for you to sit down and enjoy the view. What a fun way to enjoy the Christmas season in Tobago! 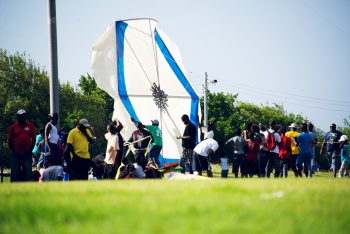